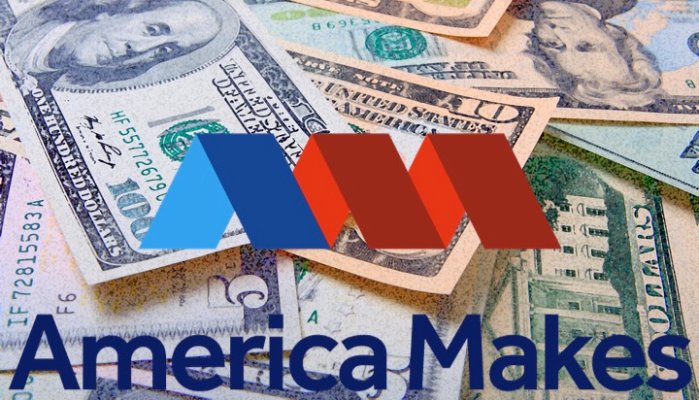 Familiar with America Makes? It bills itself as “the national accelerator for additive manufacturing (AM) and 3D printing (3DP),” and “the nation’s leading and collaborative partner in AM and 3DP technology research, discovery, creation, and innovation.”

The goal of America Makes is to work in partnership to develop “the standards, tools, education, and research required to accelerate the U.S. manufacturing industry into a dominant, global economic force.” Its mission is “to foster a balanced membership community of diverse organizations with enough pooled resources to accomplish this goal.”

It is one of the nodes that are part of the National Network for Manufacturing Innovation (NNMI). Each of these nodes “provides shared facilities to local start-ups and small manufacturers to help them scale up new technologies, accelerate technology transfer to the marketplace, and facilitate the adoption of innovation workforce skills.”

To accomplish its goals, America Makes focuses on identifying and clarifying a “technology roadmap” for the industry. It also supplies leadership and funding for technology roadmap projects. These projects include requirements for workforce development and require validation that a technology transition can actually occur.

So far, America Makes has over 30 initiatives underway, and has just announced its fourth call for projects.

Where Does The Funding Come From?

Again, according to manufacturing.gov, “National Network for Manufacturing Innovation Institutes are funded by the U.S. Government through a public-private partnership. The method of funding is a five-year cooperative agreement. The federal funding level is up to $70 million, matched or exceeded by funding from private industry and other non-federal sources, with a minimum 1:1 cost share.”

When awarded projects, winners receive funding for the project from America Makes “and typically are asked to contribute matching funds or services.”

Membership Has Its Privileges

How does one join America Makes, you ask? Simple. Pay the fee…if you can afford it. Here you have an organization that is using federal tax dollars (operating in a public-private partnership) and is supposed to be building an inclusive, balanced community of diverse organizations, which includes startups and small manufacturers.

How many of those do you see on this list? The startup companies they do have listed are all very well funded.

Here’s my big problem with America Makes. You’ve got to pay (dearly, I might add) if you want to play. $15K just to get in the door? There’s no way most startups or smaller manufacturers could afford that! Even if they could, it’s a crap shoot. The only reason most smaller companies would consider that kind of investment, would be for the matching (read: federally sourced) funds.

But, this is how it actually works. If you want to apply, you have to pay in advance. If they like your project, it could turn out to be a great investment. But if they don’t like it, your consolation prize is membership in a very exclusive (and expensive) club.

Now, I’m sure America Makes would like to remind everyone that you don’t have to be a member. Some project calls are open to nonmembers, and those applicants “can be drawn from any combination of companies, academic institutions or individuals, as long as a member of America Makes leads the proposed effort.”

So, you can’t afford $15,000? Then start knocking on doors. Go talk to the 160+ current members and see if you can’t get them to lead your effort. Sound familiar? It’s exactly how startup fundraising works.

The Chicken and The Egg

The biggest problem with funding a startup is managing the “chicken and egg.” To successfully raise a round, you need a lead investor. To get a lead investor, you have to soft circle a bunch of other money. To soft circle money you need traction (and in the Midwest at least, that means real revenue). To get revenue, you need investment. At times, it’s absolutely maddening, especially if you’re trying to build something big that requires an upfront investment and may take longer to generate a return.

I understand it from the private investor’s point of view. It’s the golden rule – he who has the gold makes the rules. But, I have real problems with that approach when public funds are being used. Shouldn’t organizations like America Makes be trying to disrupt that huge barrier for startups?

If the mission at America Makes is to “accelerate the U.S. manufacturing industry into a dominant, global economic force,” it really should include the small companies who can play a big role in helping it achieve that objective.

Here’s a simple solution for America Makes. Offer a startup/small business membership that’s tied to revenue and actually affordable. If your startup generates less than $1 million in revenue, you’re in for free (and oh-by-the-way, that would include the vast majority of 3D printing startups). If your revenues are $1-5 million, pay $1,000. If your revenues are over $10 million, then choose silver, gold or platinum and pay the $15 – $200K.

The other option is to do nothing. But, you either disrupt, or get disrupted. Other countries might consider a more competitive approach. I’m guessing Germany, Great Britain, Australia, Japan, China, India and others would love the opportunity to collaborate with more American startups, and in the process, better compete for the title of manufacturing’s “dominant, global economic force.”