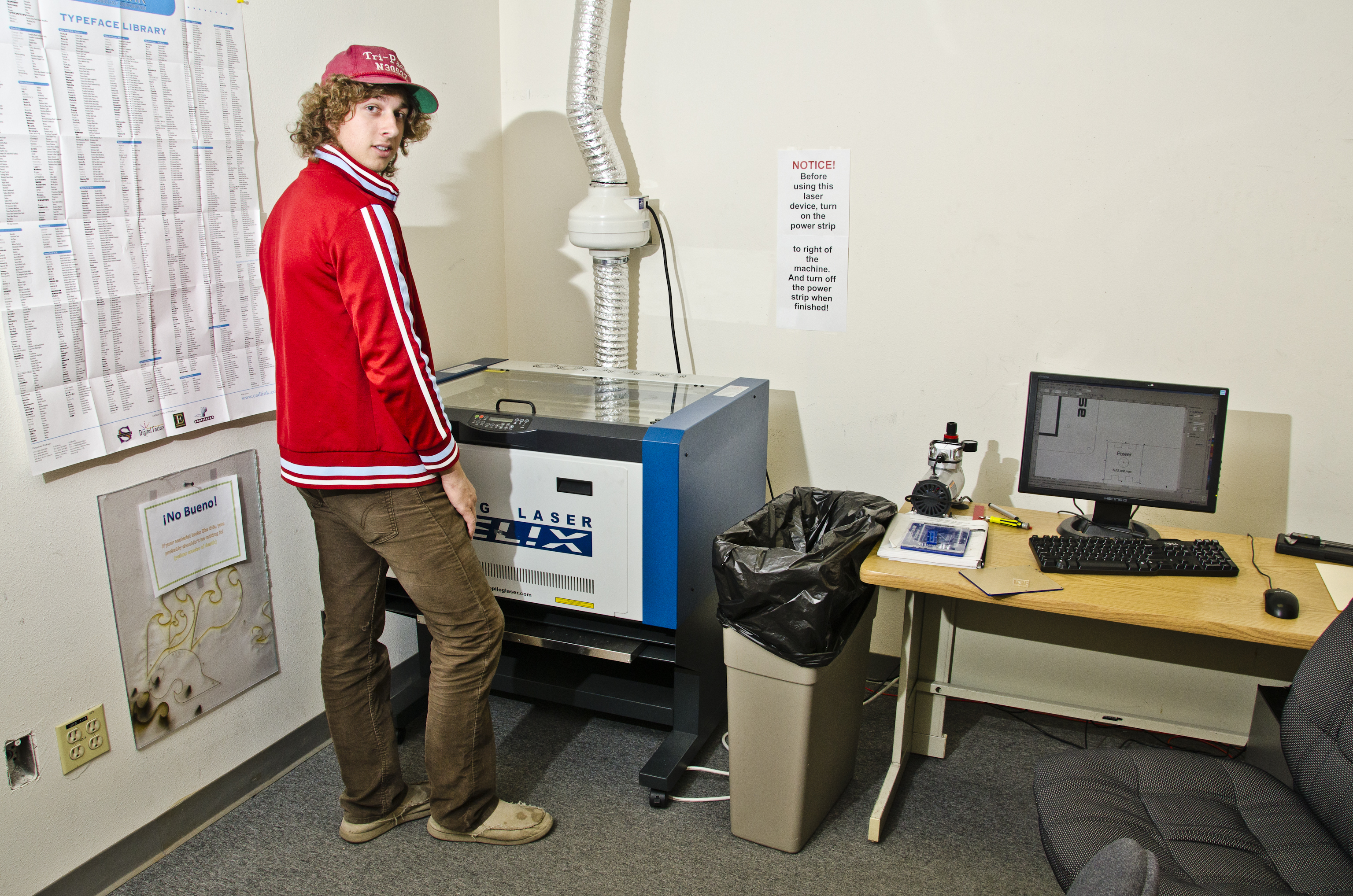 A recent story from CBS’ San Francisco affiliate KPIX first reported the death of Roger and Valerie Morash of Berkeley. The article claimed that a “source said that the couple was using a laser 3-D printer that was venting into their residence. Symptoms and signs consistent with carbon monoxide poisoning were found in their bodies.”

The New York Daily News quickly ran with the story, assuming a desktop 3D printer was to blame.

They even cited a study by the Illinois Institute of Technology, which found that when 3D printing using an FDM machine, some ultrafine particles and other volatile compounds are released with ABS and other types of filament. While the study did mention several toxins, carbon monoxide wasn’t among them.

The story has since been updated with information from another source, stating that the couple had both a desktop 3D printer and a 3D laser cutter in their home. Adding that the “couple’s laser cutter wasn’t in use.”

Could it be implicated if it was?

Before we jump to any more conclusions, it should be known that an autopsy has been completed, but the report will not be published until all tests are completed. We don’t know if they died of carbon monoxide poisoning and we certainly don’t know what caused it.

Laser cutters operate by filling a tube with gas and using mirrors to reflect light through the tube. In most cases laser cutters use a gas mixture containing helium (77%), nitrogen (13.5%) and carbon dioxide (9.5%). Some laser cutters do use carbon monoxide instead, but they’re fairly rare, being used primarily for cutting glass.

Further, some CO2 lasers do also use carbon monoxide. For example, the Lumonics Lasermark IV uses a mix that includes 4% CO and 8% CO2 in addition to nitrogen and helium.

While gases are theoretically contained in the tube, there can be leakages through the walls and seals. This can degrade the laser’s performance over time, or keep it from operating at all.

Carbon Monoxide and Other Dangers

Carbon dioxide (CO2) is harmless (in normal mixtures – we exhale it when breathing). Carbon monoxide (CO) is hazardous and can be deadly. Acute exposure can attack the heart and central nervous system, quickly becoming fatal. Chronic exposure to low levels of carbon monoxide can cause headaches and nausea (among others). But it also has a cumulative effect and can be lethal over time.

Could carbon monoxide have escaped from the tube of the couple’s laser cutter? Possibly, but that’s not the only danger. Toxic compounds can also be released from the materials that are being cut. Plastics can release benzene and certain types of hydrocarbons. PVC can emit hydrogen chlorine and kevlar can even emit cyanide. Some types of woods can even emit poisons.

Without the autopsy, it’s too early to say what ultimately caused the death of the Morash couple. The media is certainly receiving backlash for speculation and potentially, shoddy journalism. Both the New York Daily News and Berkeleyside.com have “edited” their stories to downplay the impact of the 3D printer and laser cutter.

But even if it turns out that neither device was responsible for their deaths, this story does bring up the question of safety with these devices.

Safety In The Next Industrial Revolution

The industry is immature and much of the work that’s gone into creating these devices has been done by startups. Some don’t have prior experience working with consumer electronics. Until recently, very few desktop 3D printers were even UL or CE approved. Off-the-shelf components like power supplies and motors were typically conforming, but the devices themselves were untested.

The first two industrial revolutions didn’t happen without casualties. Lots of people got hurt or lost their lives working in unsafe conditions. Here in America, we didn’t really start working on the problem until the middle of the 19th century. In fact, it wasn’t until 1870 that the Massachusetts Bureau of Statistics of Labor first urged legislation to deal with “the peril to health from lack of ventilation.” Nationally, it took even longer. The Occupational Safety and Health Act (creating OSHA) wasn’t passed until 1970.

One of the big goals of desktop 3D printing is to “democratize manufacturing.” As production migrates closer to the user, we need to keep user safety in mind. There are many aspects, including electrical, mechanical and air quality concerns. Whether a company is a startup or an established player, these factors must be considered and adequate testing must be performed.

Otherwise, it’s possible that safety could become a big issue for the teachers, parents and children who will power the “Next Industrial Revolution.”

READ THE ENTIRE ARTICLE AT 3DPRINT.COM 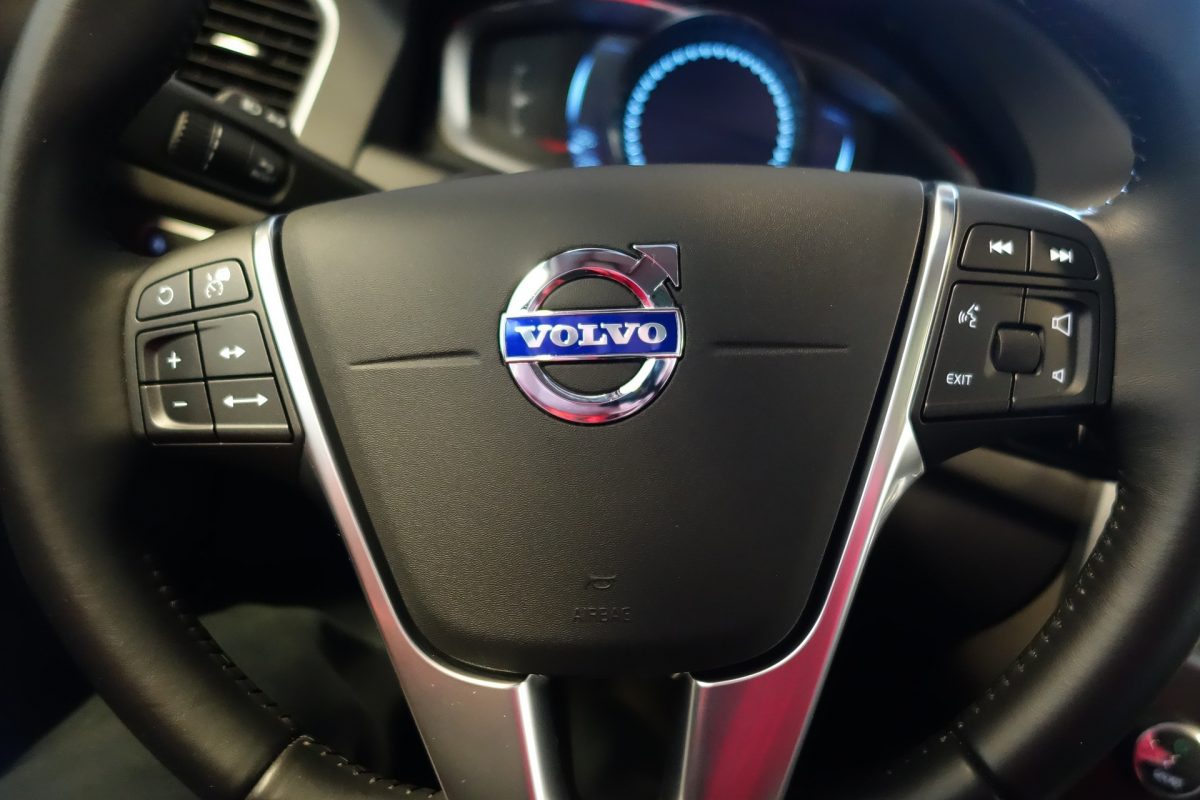 Who Wants To Be the Volvo of 3D Printing? 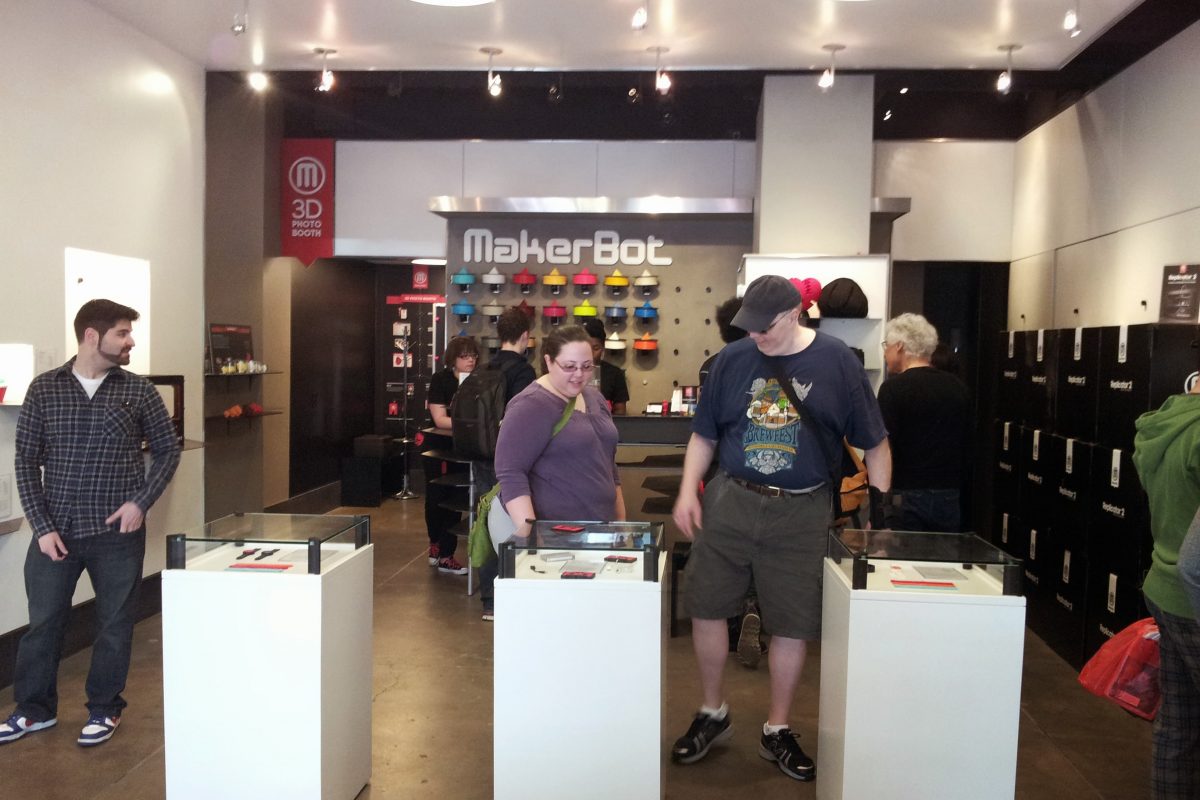 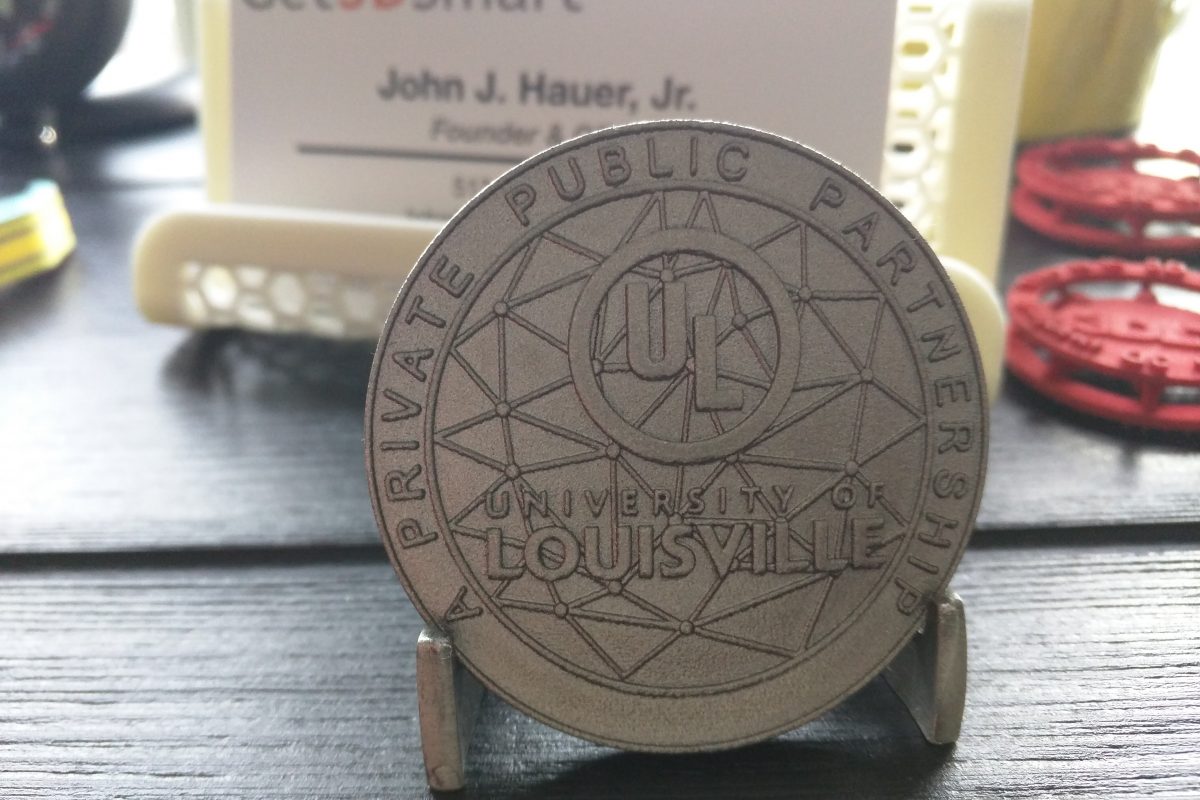 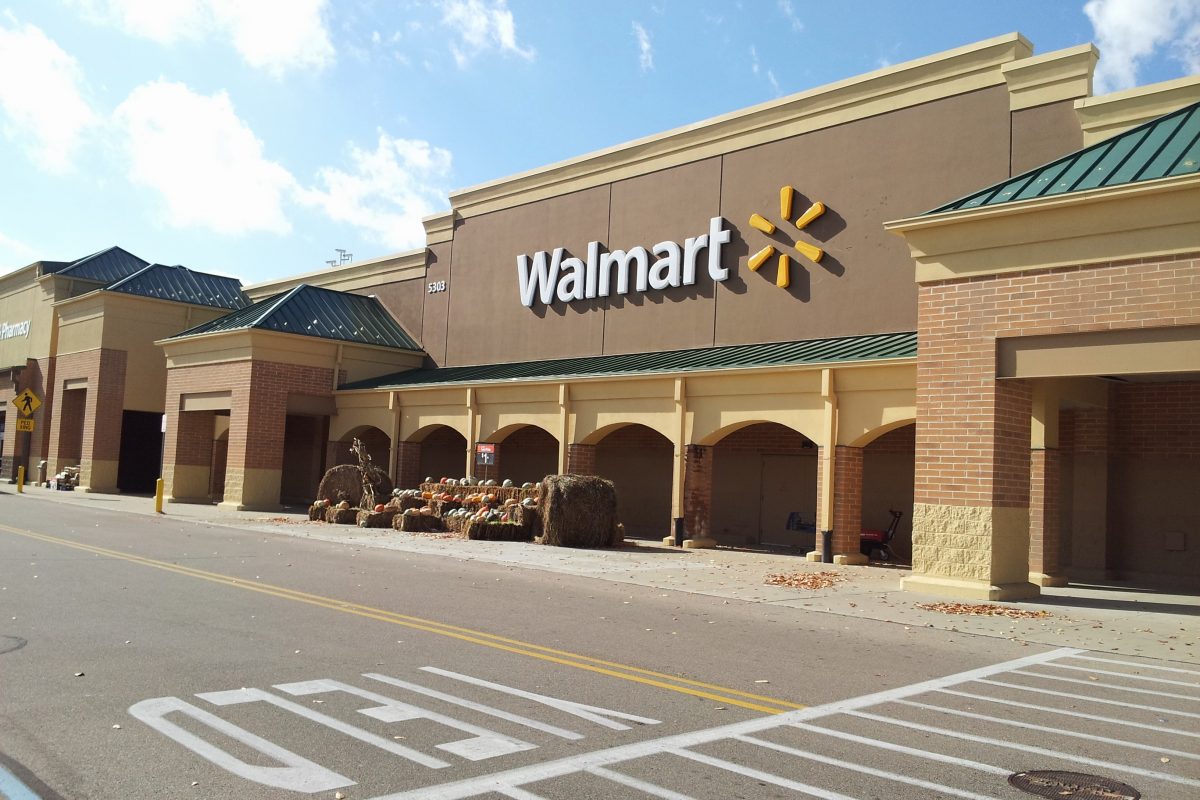 Meet 3D Printing’s New Boss: How Walmart Could Own 3D Printing By 2020