Recently I posted an article on LinkedIn about the US Military’s new modular handgun system (MHS). In it, the author expressed his opinion that the Sig Sauer P320 “is changing (the) gun world in ways we are just beginning to understand and will fundamentally change the way we buy and modify guns forever.”

Sig Sauer has already sold over 500,000 P320’s. Some large police departments are already issuing them as service weapons, while others are allowing their officers to buy and carry them instead of whatever the department normally issues.

Then there’s the consumer market. It’s estimated that over 55 million Americans have a gun in their home and approximately 17 million have a concealed carry license. The P320 will be competing against Glock, Smith & Wesson and other manufacturers for a share of those customers wallets.

What makes the P320 “modular” is the fact that the fire control group (trigger, etc.) is serialized and separate from all of the other components (slide, frame, etc.) While this allows users to change size of the gun and the caliber of ammo it can fire, it also allows users to customize the gun to their individual preferences.

One of the biggest things people will customize is the frame (grip). It’s typically made of injection molded plastic. Sig already offers several sizes, but others are already getting in on the act. For example, Strike Industries has announced it’s plan to provide frames for the P320, saying it will offer at least five models with many unique features.

They’re not alone. Several other companies are likely to create competitive products. Ghost Guns for example, already sells plastic frames for Glocks that are 80% finished. This classifies them as a “home-built” firearm and exempts them from ATF registration. Consumers who buy them complete the remaining 20% of the work to finalize the part. Typically it only requires a few special tools which the company also supplies.

At some point suppliers like Strike might even consider 3D printing their frames, and potentially making them available for others to print on their own. As the author also mentioned in his SOFREP article:

“In the not too distant future, you will send a scan of your hands to Strike and they will sell you a custom download to print a grip module on your own 3D printer. Don’t have a 3D printer? You can go to future Kinko’s and use their 3D printer for a nominal fee.”

He’s not far off. Firearms accessories will be a huge market for 3D printing. 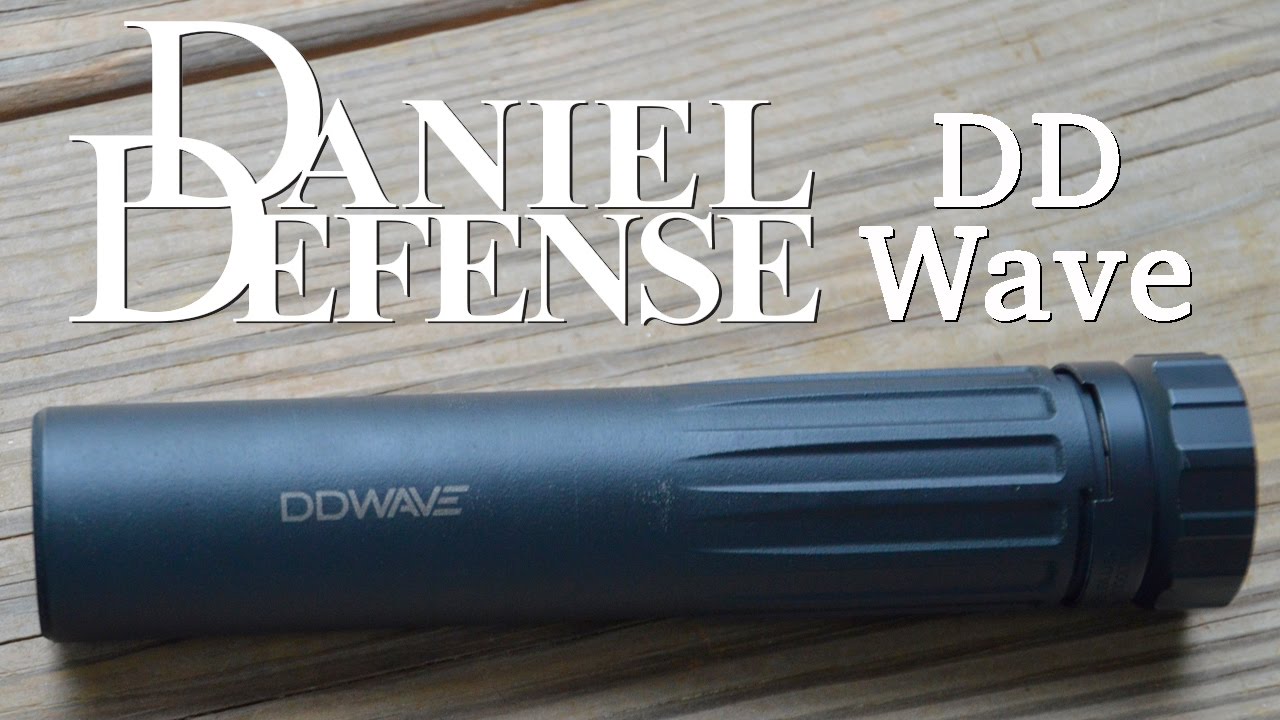 The technology is already playing a role. For example, Daniel Defense, a well known gun manufacturer, recently announced it would sell a 3D printed suppressor (silencer). The product was constructed using 3D metal laser sintering. It features a design that can’t be produced using traditional manufacturing techniques and is manufactured in one single piece, eliminating the need for costly and failure-prone assembly.

On the other end of the spectrum, consider products like this EZ loader for a Sig rifle magazine. The designer is already selling them, and other similar products for different makes and models, directly on Etsy.

A large majority of them either have the equipment for, or make use of traditional manufacturing techniques like injection molding, vacuum forming, CNC milling and machining.

With so many different makes, models and use cases, there’s endless opportunity for on demand and small batch production, not to mention the opportunities for customization and personalization. It’s the perfect scenario. 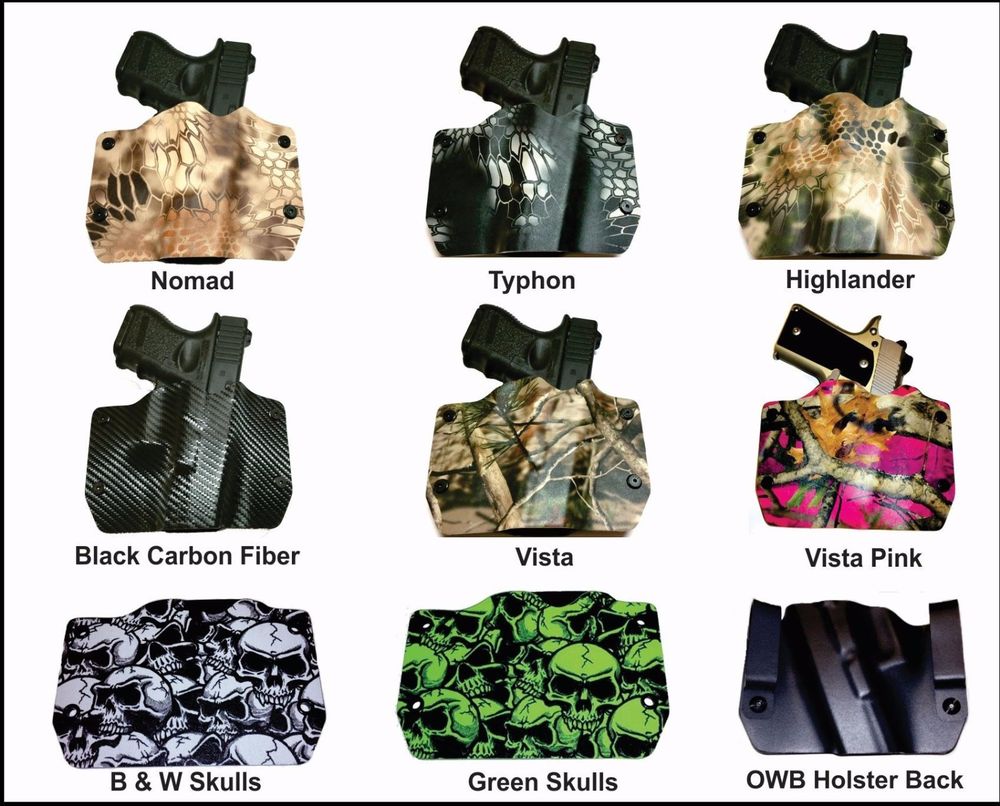 Consider the holster industry. Until recently, most holsters were made out of leather. A few years ago, holsters made from Kydex (plastic) started to hit the scene. They performed better and were very easy to make. You could make them in a shop or at home, and you could be in the business of making holsters for $1,000 or less.

Hundreds of small companies were formed to support the market. Some focused on models from mainstream companies like Glock, Smith & Wesson and Sig. Others broadened their offering to include other brands and models.

As Kydex took off, customers started requesting different colors (other than standard black), logos, and personalization. People no longer wanted a mass produced holster. They wanted something that was unique.

There isn’t a lot of data out there, but let’s say 20 million kydex holsters are sold each year at an average retail price of $50. If so, then it’s a highly fragmented, billion dollar market.

Could 3D printing provide a better holster, more quickly and more economically? The market’s already been disrupted once, so why not again? Walmart disrupted retail. Amazon disrupted Walmart.

Two days after the article about how the Sig Sauer P320 was going to change the way people buy and modify their guns, disaster struck. Omaha Outdoors, a U.S. firearms dealer announced that the P320 had failed its “drop test.”

It turned out to be the straw that broke the camel’s back. A week earlier the Dallas Police Department announced they were going to suspend use of the P320 due to safety concerns. Sig sent out a press release saying the weapon was fine. Then a Connecticut police officer filed suit against Sig. His weapon misfired after being dropped and he was severely injured. Then the Omaha Outdoors video happened.

SIG finally acknowledged that the commercial P320 (used by armed citizens and members of law enforcement) may unintentionally discharge if dropped at the correct angle. Consequently, they will be offering a “voluntary upgrade.”

As mentioned above there are already a half million P320’s in circulation. It’s going to create a logistical nightmare for Sig Sauer. Even though it’s voluntary, you have to assume the majority of customers will want it fixed. All those firearms will need to be shipped to the company’s factory, “upgraded” and returned to their owners.

Apparently, “SIG is hiring additional customer service reps to work on this.”

The drop issue is probably not an issue that 3D printing can solve. Apparently they use a different trigger mechanism in the military version (M17), and the drop issue doesn’t occur with it, so they’re just going to swap out the old trigger for the mil-spec version.

Hopefully it will all get resolved without anyone else getting hurt.

THE BIG OPPORTUNITY FOR 3D PRINTING

If the Sig Sauer P320 is fixed and performs in the field, it’s likely to be one of the top products in its category. With so much opportunity for customization, that’s probably a good thing for 3D printing.

But even without the P320, the 3D printing industry has a big opportunity with firearms accessories. That’s kind of ironic considering all the hysteria over the potential of a 3D printed gun.

It’s more likely that 3D printing will be used for products that help gun owners customize, protect, and ensure the safety of their firearms.

If 3D printing can grab just a small share of the $40+ billion firearms market, it could quickly become one of the industry’s biggest opportunities.

Which of course, leads us back to the even bigger questions of Who and Where?

To learn more about this or other big opportunities in 3D printing, CONTACT US

Got a hot market niche you think we should be covering? SEND US A TIP

Previous Post Who Wants To Be the Volvo of 3D Printing?
Next Post HP Announces 3D Printing Partnership With Deloitte

This 3d printed 9mm has stood up to thousands of rounds fired. upper and lower printed in pla. https://youtu.be/1W-eFOOy1aM