Who Will Own 3D Printing’s Revolutionary Infrastructure?

Revolutionary infrastructure will be needed to drive the sale of 3D printed consumer products. But, who will build it? Brands or retailers?

I might have been wrong about retail. A few years ago, I was convinced that eventually, a large chunk of 3D printing would happen in stores. McKinsey research at the time suggested that by 2025, 5-10% of consumer products could eventually be 3D printed. Retailers had the product expertise and proximity to the customer.

It could have allowed them to own the intersection of digital and physical.

But for many reasons, retail is broken. Brands have taken notice, and now they’re bypassing retailers in favor of a direct-to-consumer (DTC) model.

In the past, brands were more comfortable with risk, knowing that if they invested enough, their product had a good chance of being successful.

They spotted trends and used merchandising data to forecast demand. Then they’d buy product in bulk. They spent big bucks on packaging, displays and other in-store advertising. Then they invested even more, buying TV and radio ads to build brand awareness, while also investing in cooperative advertising to help align their brand with specific retailers.

When the market went digital, eCommerce changed the way brands marketed themselves. But it really didn’t reduce the investment they made to drive sales of their products. Instead of displays and signage, they spent money on copywriting, product photography and everything else it took to create compelling product listings. Then, instead of spending money to drive traffic to stores, they spent it driving customers to other people’s websites.

By 2013, private label brands had taken a major chunk of retail sales. In food and beverage they made up 18% of the U.S. market. In countries like Switzerland, Spain and the UK, they accounted for over 40% of sales in their respective categories.

The proliferation of private label brands isn’t slowing down. In 2016, total annual sales of store brands across supermarkets, drugstores and mass merchants grew to $118.4 billion, an all-time record according to Nielsen.

At Cincinnati based Kroger, private brand operations now account for almost $23 billion – more than 25% of total grocery sales (excluding fuel and pharmacy) – which is an increase of nearly 50% since 2012.

It’s not just brick-and-mortar either. A recent Quartz article identified at least 19 different brands that are owned by Amazon. They offer products in many different categories, including clothing, shoes, baby care, tech accessories, tools, and yes, even spare parts.

So brands make a massive investment in getting their products to market and their retail partners reward them by developing a competing private label brand.

One can see why brands might take offense. But what to do?

Brands in many different product categories are beginning to sell directly to consumers. In the online world, new technology makes it easier than ever before.

Consider the automaker Tesla. Since it’s inception, Tesla has bypassed the traditional dealer network used by practically every other car company. Instead, their customers order online and visit company owned service centers.

Or what about Dollar Shave? They’ve removed the friction from buying razors in-store, by selling them online. Are they necessarily better? Or just more convenient?

Then there’s Canyon bicycles. At the higher end, the bicycle industry has been dominated by names like Specialized, Cannondale, Trek and Giant. All of them sell their products through bike stores and other dealers. Since its founding in 2002 Canyon has only sold online, direct to consumers. They’re able to sell a comparable bike for about 25% less than their competition.

Makes a lot of sense when you think about it. Bikes are bulky, big-ticket items, and it’s difficult for any shop to carry every product a manufacturer sells. Online, the company can not only sell all of its SKU’s, it can also provide other information like reviews, research and product photography.

In the 1960’s Schwinn announced they would no longer sell through distributors, instead selling directly to bike shops. Canyon USA President, Blair Clark noted that DTC is the “next frontier.”

In the article linked above, he noted that:

“The consumer is driving this change across all industries, whether it’s razors or buying your coffee, or now Amazon purchasing Whole foods, or Zappos and shoes. So we are, I think, hitting the market in terms of timing that’s very ideal from the standpoint that a consumer is ready to purchase a bike online.”

Last year, between its retail stores and online presence, DTC made up nearly 25% of Nike’s sales. In June, the company announced its Direct to Consumer Offense. With it, they are hoping to hit a “triple double.”

Nike wants to increase innovation, speed, and direct connections with consumers – all by double. Their goals are to focus on core categories (running, basketball, training, etc.) while cutting product development cycles in half. They’re also aligning their eCommerce,  physical stores and digital products under one team to enhance and expand Nike’s “membership experience.”

They’re not alone. Earlier this year, golf brand Ben Hogan voluntarily filed for bankruptcy. The intention was to “hit the reset button” while the company revamped its strategy.

It wasn’t an easy decision. At the time of the announcement, CEO Scott White said, “There was a lot of discussion, a lot of gnashing of teeth, pulling of hair and even conversations about ‘Do we just close this thing down?’ None of us wanted to do that because we all believe there is a place for the Ben Hogan brand in the golf industry.”

“It’s a delicate balancing act, and I can tell you that if this were five years ago, we wouldn’t have gone this route. But as e-commerce in general becomes more popular, this is the way of the future so I don’t think there is any kind of a negative connotation associated with it anymore.”

For consumers, there are clear benefits, including:

For most brands the benefits of a DTC model fall into four categories:

How much money? In some cases, brands have hundreds of millions stuck in old distribution systems. A direct-to-consumer model allows them to free some of it…but not all.

If you look at the startups who are successfully selling direct-to-consumers, one consistent attribute is that almost all of them made a significant investment in branding, and they did it early.

Existing companies with well known brand names have less of that to do. But they still have to drive traffic to their own websites and stores.

Whether they go through retail or direct-to-consumer, brands still must produce the products they wish to sell. With physical goods, that involves a lot of capital. 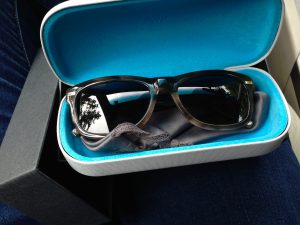 If you want to be the next Warby Parker, you’ll need a catalog of appealing eyeglass frames that people actually want to buy. You need merchandisers who can trend spot and forecast demand. Based on their recommendations, you spend a significant sum to have those frames manufactured, packaged, and staged for distribution.

You hope they chose wisely. If they did, you sell your products at a high margin. If they didn’t, you liquidate.

How much does an endeavor like that cost? Warby Parker has raised hundreds of millions of dollars and still isn’t profitable. Much of that has been spent on product, branding, and building out the DTC channel (including dedicated brick-and-mortar stores.)

But what if you didn’t have to spend all that money up front?

3D Printing to the Rescue

The economics of 3D printing are such that it can greatly reduce the upfront investment that brands make in product. Instead of buying in bulk, companies can utilize just-in-time manufacturing to significantly reduce their inventories. They can even produce products “on demand,” eliminating more of their supply chain cost.

Before going further down this path, I should note that there are two big lies floating around the 3D printing market. People will tell you that unit costs are flat and that complexity is free. Neither are true, and in this recent article, I explain why.

But, the fixed costs of 3D printing are much lower than with mass manufacturing. This can create a significant advantage for a company looking to disrupt an established competitor. It could also help an established brand defend against disruption.

Is it too revolutionary? I believe that depends on how it’s sold. People probably won’t buy your product just because it’s 3D printed, but they do recognize the benefits. More selection, quicker time-to-market, good quality and reasonable cost are all very appealing. Customization and personalization are also enticing, but as I’ve said before, that comes with its own share of friction.

Depending on where products are manufactured, 3D printing can also help drive even more cost out of the supply chain. Brands basically have three options. They could produce in a central location and deliver 3D printed products the same way they do now.

They could also create or utilize a network that allows them to produce their products locally. Moving digital files is much cheaper than moving physical products, but it takes a big investment in revolutionary infrastructure.

The third option is to use a combination of the two. In practice, this is probably the most likely solution. In the Warby Parker example, orders placed online could be printed centrally and shipped to the customer. Brick-and-mortar customers could watch their orders being produced in-store.

As I said at the beginning, retailers should be investing in their own 3D printing infrastructure. But they’re not. If brands want to leverage the power of digital manufacturing, it looks like they’ll have to do it on their own.

Assuming they do, 3D printing could be the final nail in retail’s coffin. It’s a shame really. Can you think of another game-changing technology in the last 10 years that was actually a benefit for brick-and-mortar stores? eCommerce and mobile certainly weren’t. It’s doubtful that technologies like artificial intelligence and virtual reality will be either.

Brands have learned that retailers aren’t their allies. They’re cost centers. That’s why there’s so much interest in the direct-to-consumer model. 3D printing has the potential to accelerate that trend.

When the disruption happens, retailers will try to get on board. But if history is any guide, it will once again be too late. Their private label alternative won’t be as compelling if a name brand isn’t sitting right next to it. Retailers will actually have to innovate. They’ll also have to invest. Can they do it without the support of major brands? Time will tell. 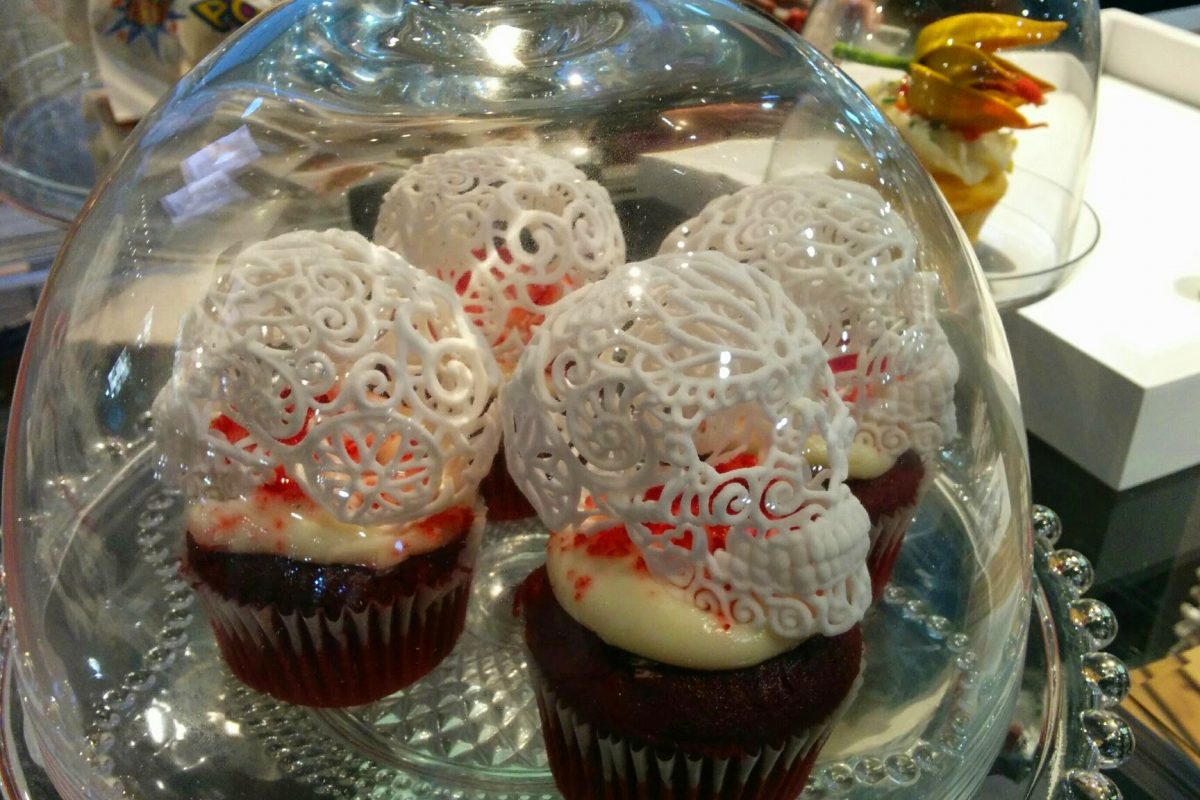